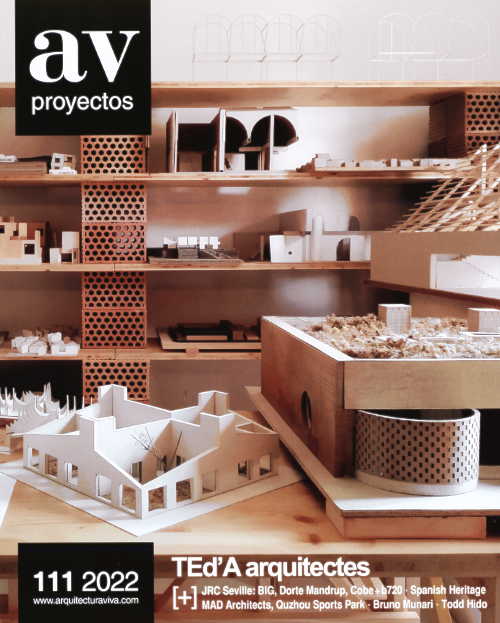 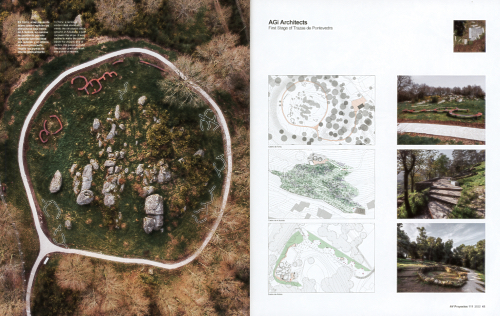 AV Proyectos 111: TEd’A arquitectes
'AV Proyectos 111' dedicates its dossier to TEd’A arquitectes, the Palma de Mallorca-based studio led by Irene Pérez and Jaume Mayol, whose projects reinterpret traditional building techniques. The ensuing chapter covers the competitions to design the Joint Research Centre in Sevilla, with BIG’s winning project as well as the second and third prizes. Also included six examples of interventions on heritage in Spain, which avoid altering the relationship between the remains and their environment. The construction section features the sports park designed by MAD Architects in Quzhou, where the stadium, the first element to be completed, is gradually unveiled as a light floating structure from the different paths that lead to the venue.