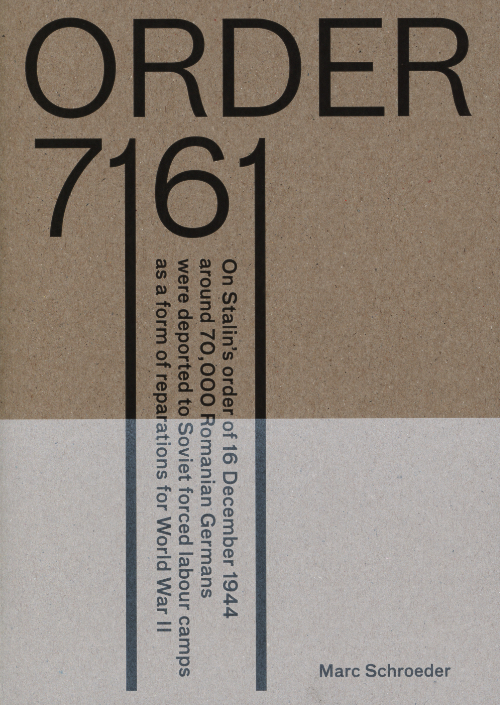 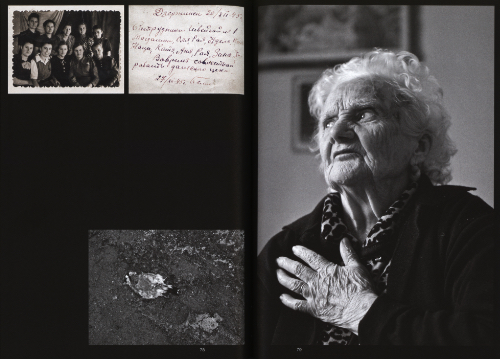 Marc Schroeder - Order 7161 (Eng)
On 16 December 1944, Stalin ordered an estimated 70,000 ethnic Germans living in Romania forcibly deported to Soviet labour camps as a form of reparations for Germany’s actions during the war. Many perished in the harsh conditions of the camps, infamous for freezing temperatures and rampant malnutrition. Marc Schroeder met with 40 of the last living survivors, and here recounts their stories and memories through eyewitness reports, archival and contextual images, and a selection of recorded testimonials. ‘ORDER 7161’ reveals a frequently overlooked chapter of European history, yet also provides crucial insight into the cultural memory of this collective trauma. 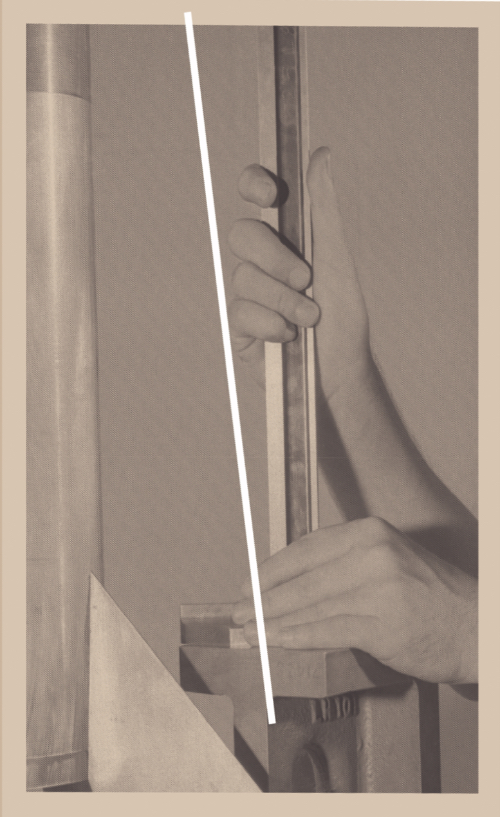 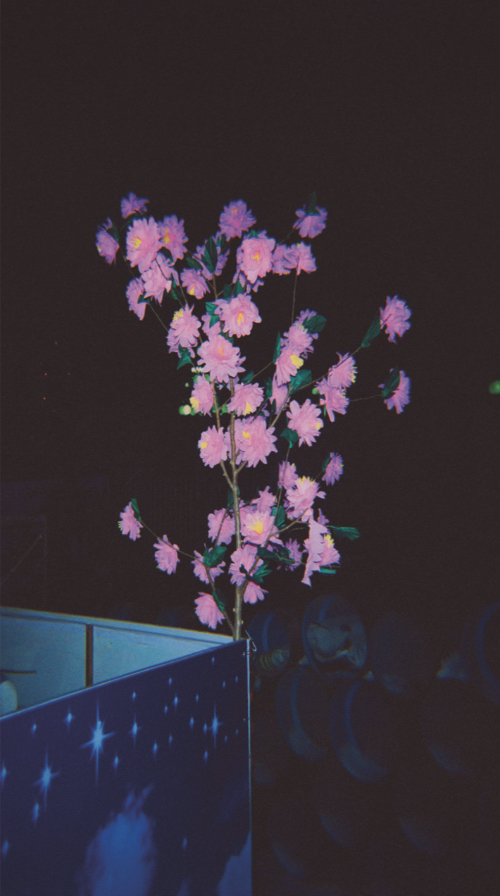 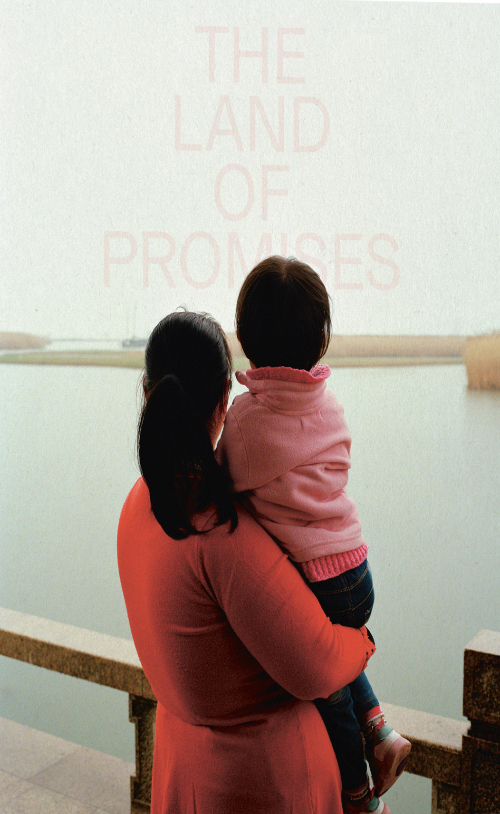 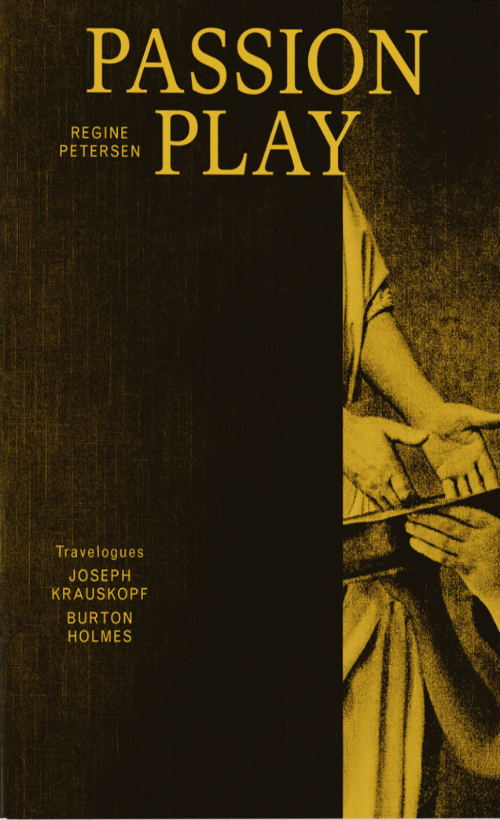 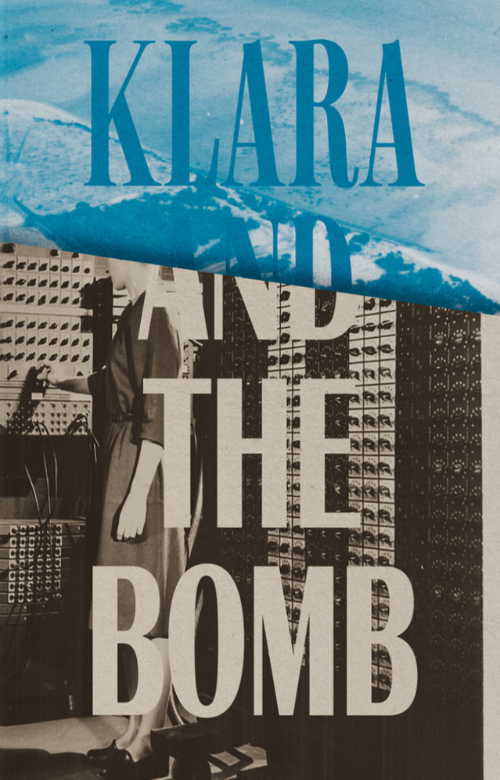 Crystal Bennes - Klara and the Bomb 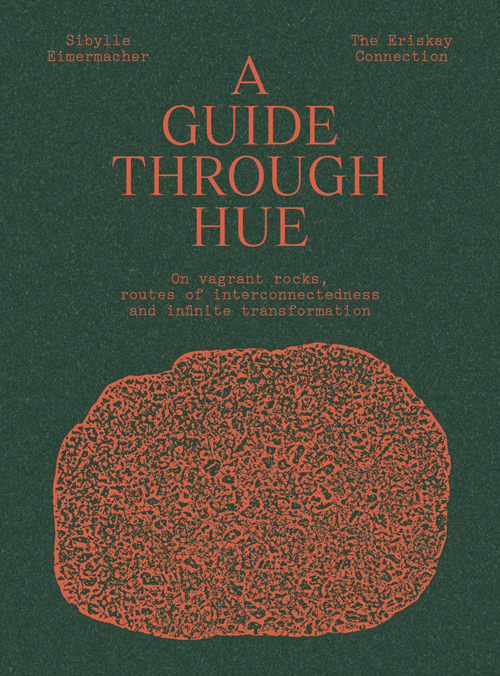 Sibylle Eimermacher - A Guide Through Hue 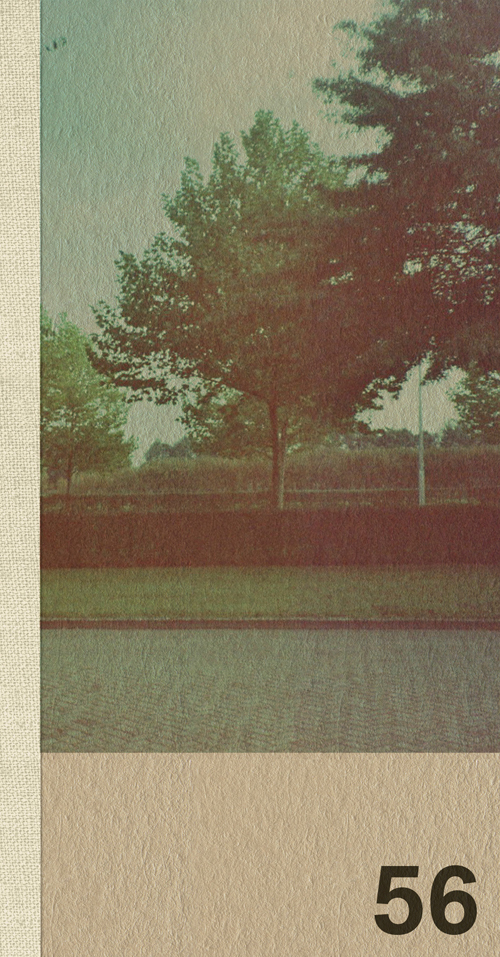 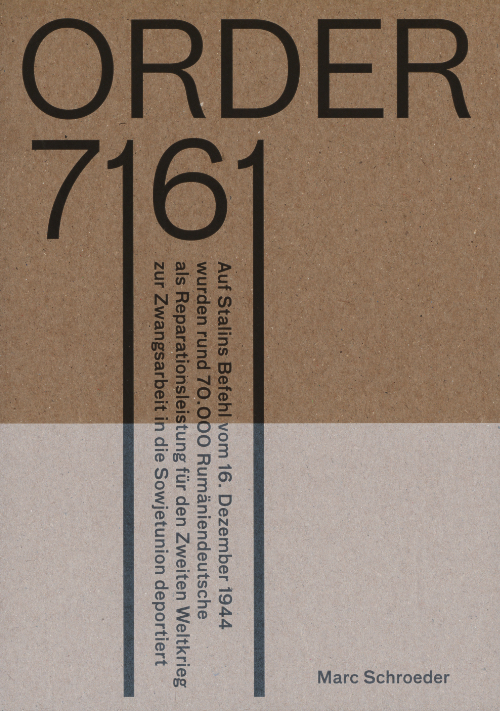 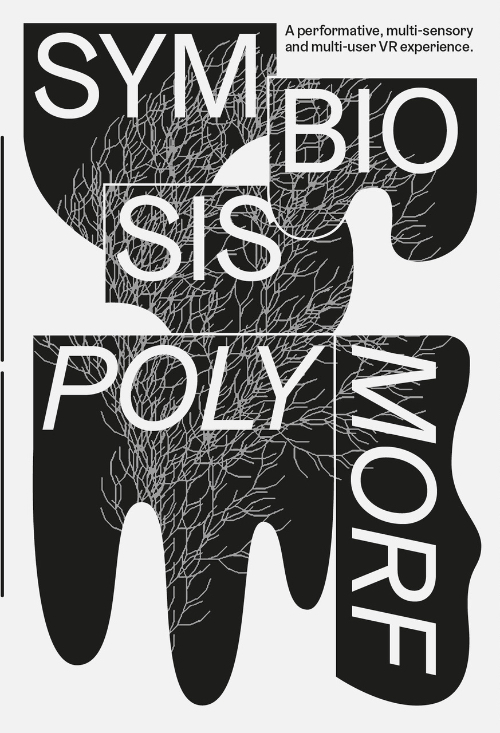